Swiss research agency m1nd-set has released the latest impact analysis on air traffic across countries affected by the Covid-19 pandemic.

The release of the analysis follows the United States’ unilateral travel ban on air traffic from Europe, the UK and Ireland. The analysis also comes amid the possibility of a total shutdown of international flights to and from Italy following the country’s lock-down.

According to the company, the analysis draws on data from a new module in the company’s Business 1ntelligence Service (B1S) traffic tool, created specifically by m1nd-set since the start of the Covid-19 outbreak. The new module helps partner companies assess the impact of specific travel restrictions on travel retail revenues in countries and at specific airports.

It also shows traffic impacts, demonstrating losses in actual passenger numbers (not just seat capacity) and highlights the key travel retail categories that will be affected.

Traffic data for March and April 2020, compared to the same period in 2019 is expected to show a 5.5 million drop in passenger numbers, representing a 4.2% decline over the previous corresponding two-month period last year. The decrease in passenger traffic is expected to result from the US traffic ban from the UK, Ireland and Schengen countries across Europe.

London Heathrow, Paris Charles de Gaulle, Frankfurt and Amsterdam Schiphol are the European Airports most affected by the US travel ban. M1nd-set says London Heathrow will experience a significant 21.1% fall in traffic over the two-month period.  This represents a loss of 1.275 million passengers. Paris Charles Gaulle, which as reported will close certain terminal areas in the coming days, is set to experience a 10.7% traffic fall and loss of more than 618,000 passengers during March and April.

Frankfurt will lose over 572,000 passengers, representing a decline of 11%, while Amsterdam Schiphol’s traffic will fall by 8.3% and just over 493,000 passengers. 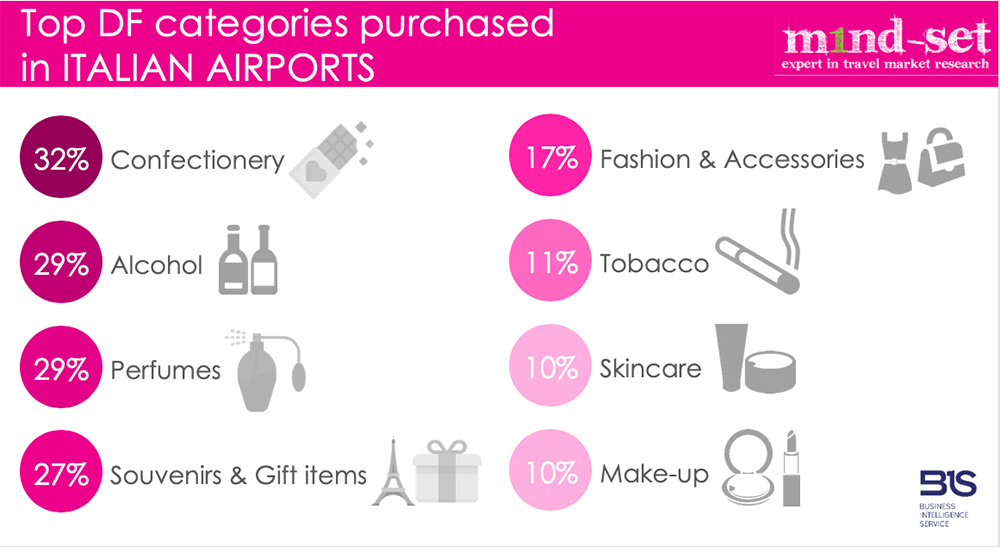 A similar analysis can be made looking at European travellers’ behaviour when purchasing at their outbound airport. This will help demonstrate the overall impact. On average, 19% of travellers from Europe, the UK and Ireland purchase at duty free shops in the US. Over the March-April period, this will mean 665,000 fewer travellers from Europe, the UK and Ireland shopping at US airports with the travel ban in place.

CONFECTIONERY AND SOUVENIRS TO SUFFER THE MOST

The percentages vary across categories, with confectionery and souvenirs and gifts set to suffer the biggest impact. This is because 27% of travellers from the region purchase these categories at US airports. Twenty-five percent purchase perfumes, 17% alcohol and tobacco, 14% fashion and accessories, 8% skincare products and 6% home make-up.

Peter Mohn, CEO and Owner, m1nd-set commented: “Given the unprecedented situation, we are being inundated with enquiries from companies, eager to understand the potential impact on sales. We have to be candid, the outlook is quite worrying.

“We can analyse the direct impact on traffic from our B1S traffic data tool. When we combine this with data from our extensive shopper insights database, we are able to provide accurate estimates of the overall impact on sales following traffic bans, like this US ban on flights from Europe, UK and Ireland.” 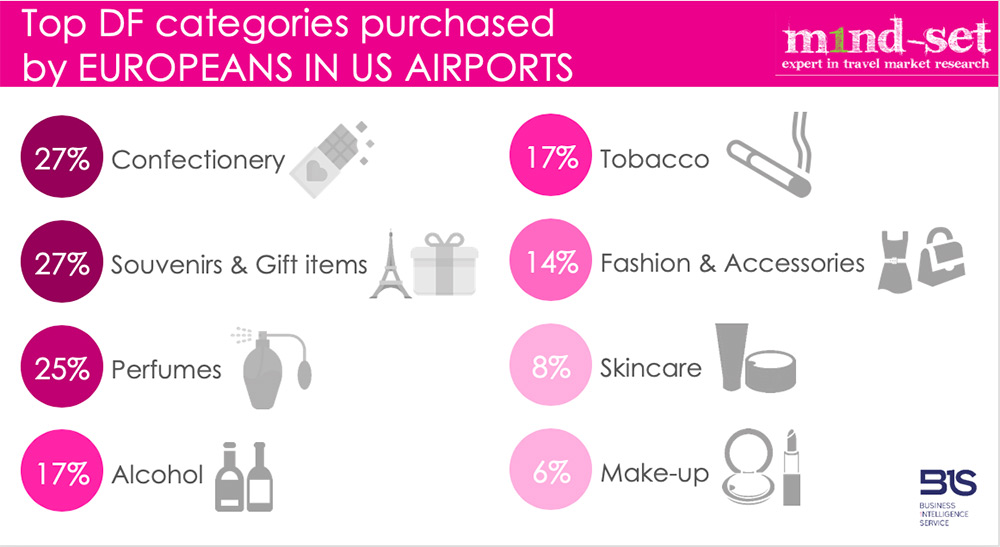 The same applies with markets such as Italy, where notwithstanding the suspension of flights by some airlines, international flights are still operating. Mohn added: “In the event of a total shutdown on international flights to and from the country’s airports, we’re able to make an accurate estimate of the impact on sales, both in Italy and destination markets for Italian travellers and source markets for Italy-bound travellers.”

Pablo Saez-Gil, B1S Director, m1nd-set added: “The impact of a total shut-down on international flights to and from Italy would result in a fall in traffic of around 14% — more than 18 million passengers — over the next two months for the top 20 destination airports.

He concluded: “We are currently looking at just two of many different scenarios. B1S users can enter any number of scenarios and combinations themselves and extract the potential or real impact analysis.” 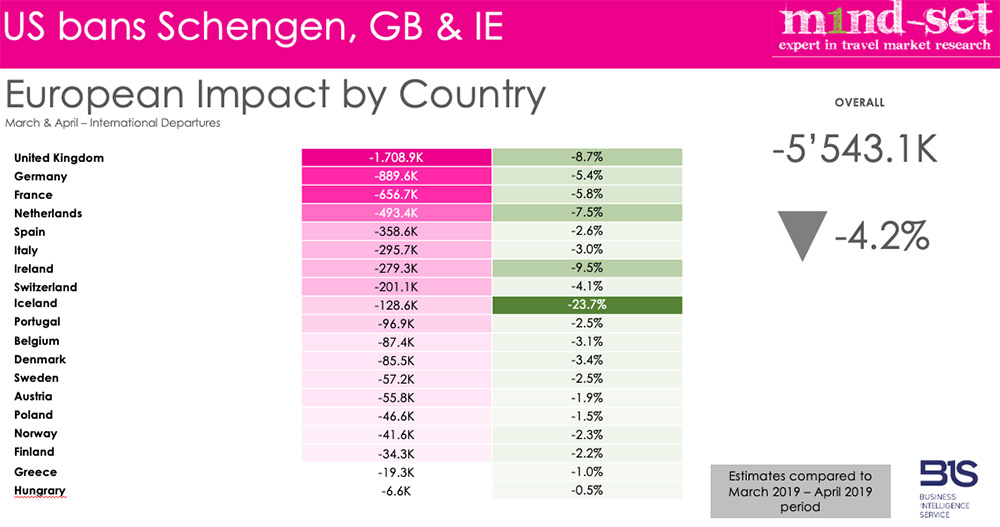